All in a days work

Team Press2Talk were recently called to a client’s site to carry out a fleet-wide health check assessment of ‘cab’ fitted two-way radios. Radio communications play a vital role in driving the efficiency of day-to-day operations with plant vehicle operators in constant communications with ground staff using handheld radios and the site control office. A breakdown in this vital wireless link has a detrimental knock-on effect on operations and can pose a risk to the health & safety of workers.

Plant vehicles operate in a harsh environment which at times is dusty, damp, muddy and over rough ground that can cause additional cab vibrations. Each cab radio has to work flawlessly during a typical working shift, the constant vibrations can not only shake the internals of the two-way radio but also cause the physical installation and aerials to work loose, this is when issues can arise.

Whilst our team were on-site busy fixing things, Dave came over and asked if we can help him, more to the point bring sweet music to Dave’s ears again! It turns out poor Dave’s music radio had seen better day’s, switch it on and you were greeted with the harsh sound of static and not the dulcet tones of Ken Bruce on Radio 2. We couldn’t have Dave suffering for a minute longer so we rose to the challenge.

One of our team removed the old music radio and replaced with an all-singing and dancing Bluetooth DAB radio that will bring zero static and more Radio 2 in clear stereo to Dave’s ears! – as we say ‘All in a day’s work’. 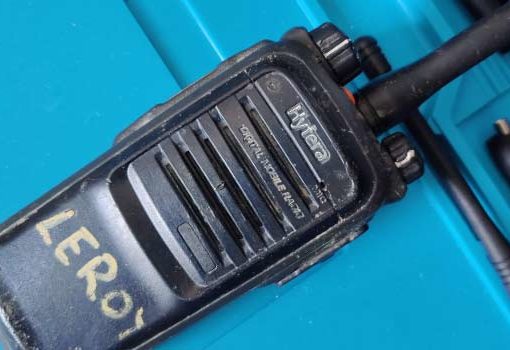 Diagnosing and repairing a broken Hytera PD705 Radio Sometimes even the toughest radio will fail. Background By way of a recommendation, the […]