Sometimes even the toughest radio will fail.

By way of a recommendation, the client contacted us to see if we could offer help, naturally, we were ready to assist. This poorly Hytera PD705 radio has been through the wars, the client’s words and not ours.

This Hytera PD705 radio has been in service for a good few years now and over the last 5 months started to slowly deteriorate to the point that the client felt it necessary to have the radio inspected. Turning to the original supplier for guidance, the client explained the issues with the radio and subsequently was asked to post the radio back to them. Having heard nothing for two weeks the client called the supplier only to be told, we have made some adjustments to your radio but its bad news. We are afraid it’s beyond economical repair. It will be cheaper to buy a new radio.

The client felt as the radio appeared to communicate with other radios in the fleet, albeit with degraded audio, a second opinion was required.

That’s where we pick up the rest of the story……..

Our service centre received the radio and logged the job onto our tracking system. A visual inspection revealed a build-up of dirt and foreign objects in the speak cavity void. The next step in the process was to determine the actual performance of the radio. This acts as a baseline and is a key indicator to inform the bench engineer of the overall health of the unit under test. To accomplish this, high precision test equipment is required. It quickly became apparent the radio was electrically out of tolerance as per the manufacturer specifications.

Upon disassembly of the radio, we could instantly see the root cause of the reported issues. Hot metal filings had burnt and penetrated through to the speaker damaging the waterproof membrane in the process.

As this radio model is IP65 water ingress rated, a fully populated replacement housing was required. After assembly, the radio was inspected to make sure all the water-resistant seals were intact and a full analogue and digital alignment carried out. A perfect result, the radio was restored back to working condition, fully tuned meeting the manufacturer performance specifications.

Our client is over the moon as the repair has been more cost-effective than purchasing a new radio.

Press2Talk operate a modern service centre with state of the art service monitors. These aid our engineering team to carry out repairs and maintenance to both analogue and digital radio systems.

Book in your next repair with us 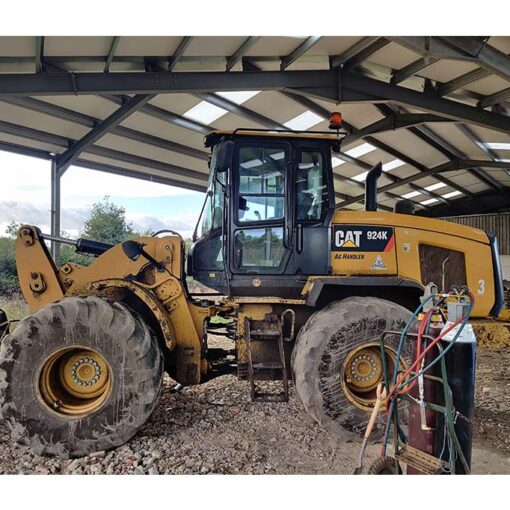